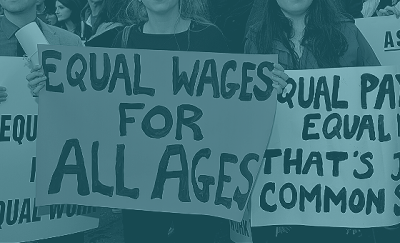 The ASTI has been to the forefront of the campaign for equal pay for post-2010 entrants to teaching. This has included ASTI members taking strike action in opposition to the injustice of unequal pay.

The ASTI has been to the forefront of a campaign to challenge this injustice and have it reversed.

Arising from the Government decisions to introduce pay inequality into the profession, unsurprisingly, a recruitment and retention of teachers’ crisis has developed. Newly qualified and other teachers have voted with their feet. Schools cannot recruit teachers of several subjects. There are simply no applicants for many positions. Many students have no qualified teachers to deliver their classes. An enormous brain drain has occurred. This culminated with a visit by the Minister for Education and Skills to the United Arab Emirates last year to plead with some of our brightest and best to return to teach in Ireland.

Ireland’s second-level schools have performed impressively in international comparisons. We must ensure that this continues. With teachers being pushed out of the profession your children’s education is being undermined. Students deserve better.

The ASTI campaign – achievements to date

The ASTI campaign has already secured some important gains since the debacle began in 2011.

But a gap remains!

Elimination of the remaining differences in the early points of pay scale must be achieved.

Payment of the H.DIP/PME allowance to those who started teaching after 1st February, 2012 must be secured.

Commencement on point 3 of the pay scale to recognise the fact of a six-year unpaid training period must be restored.

In 2012, the gap between the starting salary of a new-entrant and colleague who was appointed in 2010 was over 20%.

The ASTI’s action has more than cut this in half.

A new entrant now suffers a loss of approximately 10% less than what they would earn if they were on the pre-2010 pay scale in their first 10 years teaching.

In October 2020 ASTI members voted in favour of industrial action, up to and including strike action, to be taken in conjunction with one or both of the other teacher unions.

The ASTI continues to liaise with the other teacher unions in relation to the issue of unequal pay.