‘Dignity’ is defined as “The state or quality of being worthy of honour or respect” by the Oxford English Dictionary.

"Bullying in the workplace is repeated aggression, verbal, psychological or physical, conducted by an individual or group against another person or persons. Bullying is where aggression or cruelty, viciousness, intimidation or a need to humiliate dominates the relationship. Isolated incidents of aggressive behaviour, while to be condemned, should not be described as bullying. In the workplace environment there can be conflicts and interpersonal difficulties. Many of these are legitimate industrial relations difficulties which should be dealt with through the appropriate industrial relations channels. Only aggressive behaviour which is systematic and ongoing should be regarded as bullying." (Health and Safety Authority)

Persistent bullying can be extremely damaging to the health and well-being of the recipient. Bullying can have malicious intent, however it is possible that the perpetrators may not even realise the harmful effects of their actions. Bullying can take the form of actual physical contact although this is rare. It may involve shouting, ridicule, public humiliation, exclusion of an individual, interference with property, the undermining of a person's sense of dignity or the marginalizing of a colleague. Bullying is usually systematic and ongoing. "The focus here is on pressure persistently applied on a single individual who frequently has no peer support". (ICTU Guidelines)

Bullying can affect the emotional and physical health of its victims. These effects can be serious if the exposure is sustained. Symptoms can include loss of confidence, low self-esteem, severe anxiety, etc. There can also be physical manifestations of illness, e.g. heart disease, raised blood pressure. Personal and family life can be disrupted and livelihood could ultimately be affected through enforced resignation from employment. It should also be noted that where bullying exists, the whole school atmosphere can be affected resulting in a climate of fear and intimidation and low morale.

An ASTI survey revealed the following most common effects amongst those who had experienced bullying:

A range of physical symptoms were also identified by respondents.

The ASTI survey on bullying of teachers revealed that teachers can be bullied by those in authority, by colleagues, by students and by parents.

68% of respondents stated that they had experienced verbal abuse at some point in their careers.

50% stated that they had been deliberately excluded by another person.

26% reported that they had been the target of personally offensive graffiti, abusive work related telephone calls or malicious damage to their property.

14% indicated that an immediate member of their family had experienced abuse or harassment as a direct result of the respondent's work.

90% of respondents reported that they had experienced positive reinforcement and praise at work from school authorities, colleagues, students and parents.

Only 14% of schools had in place a support system to deal with incidents of adult bullying.

83% reported that the atmosphere in their school was "harmonious" or "moderate" and 16% described it as "not acceptable" or "tense".

The ASTI recognises that the bullying of teachers in their place of work is a matter of great concern. The survey of members conducted by the ASTI graphically illustrated the distress experienced by teachers who experience bullying. Apart from the hurt of the victims there is also consequential loss of morale and damage to the fabric of the whole school community.

It is essential that the ASTI and its members, management bodies and individual school managers identify school workplace bullying where it exists. The behaviour of bullies must be challenged and appropriate steps taken to ensure that a school culture of bullying is never allowed to develop either by action or omission.

The ASTI will continue to heighten awareness of the problem of workplace bullying. It will, where appropriate, take action to stop bullying where it occurs. The ASTI will seek to encourage open and collegiate forms of workplace organisation which foster the skills and talents of all staff members to the exclusion of none.

The bullying of teachers is an issue which must be given a high priority by the management and staff of each school. School authorities should make it clear that bullying behaviour directed against teachers or students will not be tolerated regardless of the source. This should be specifically set out in the school's Safety Statement. Schools should promote a culture of respect and should encourage those teachers who experience bullying behaviour to bring this to the attention of the appropriate authorities so that action can be taken. A suitable confidential complaints procedure should be in place to deal with such incidents. It may well be appropriate for school authorities to provide support and access to counselling for those who have been bullied in their place of work.

What to do if Bullying Occurs

There is no excuse for bullying. The person who is the target of such behaviour should realise that the problem must be confronted and cannot be ignored. Simply ignoring bullying behaviour could encourage the bully to believe that the behaviour is in some way acceptable. Those who experience bullying often feel isolated and uncertain of either the appropriate remedy or to whom to turn. How best to proceed will depend on the seriousness of the situation and an evaluation of the assistance needed to resolve the problem. Every workplace has a policy and procedure for dealing with workplace bullying. Representation and confidential advice is available from your ASTI School Steward and / or from industrial relations officials at ASTI Head Office.

Find answers to the questions we get asked the most here.

If you still haven’t found the answer to your question, please contact us: [email protected] or 01-6040160.

Advice and Support for members

ASTI members can contact their ASTI Industrial Relations Official for advice and support. 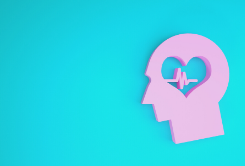