The election of the School Steward should take place annually.

The ASTI members of the staff of every school which has more than one teacher who is a member of the Association should elect a School Steward. Branches should ensure that this happens. This election should take place by May 1st of each year and the newly elected School Steward shall, as soon as possible, notify Head Office using the appropriate form, the Regional Organiser and Honorary Secretary of his / her branch and where the staff consists of members of more than one branch, the Honorary Secretaries of the branches concerned, of his / her election. The School Steward’s term of office commences on 1st May.

Necessary expenses of the School Steward shall be reimbursed by the branch of which he / she is a member.

The School Steward shall, through the branch, be supplied with all necessary documentation and receipt books.

The General Secretary shall, as soon as possible after May 15th of each year, notify each school manager of the name of the School Steward elected by the staff of his / her school.

When a School Steward is absent from a school, essential and immediate matters could be undertaken by a deputy, this matter being arranged yearly at the time of election.

Where school membership exceeds a certain number (20), the functions, but not the constitutional duties of the School Steward, might be lightened by the adoption of a committee system whereby certain tasks would be undertaken by other union members. Such a procedure would enhance the work of the union in a school, both in terms of efficiency and effect. The position of the School Steward should remain of paramount importance. The size of the committee could be flexible and relative to each particular situation.

Duties and Responsibilities of School Stewards

Duties and responsibilities of school stewards

The duties of the School Steward are stated in ASTI Rule 55 as follows:

New teachers who are eligible for ASTI membership should be approached at the very earliest opportunity. Use may be made of ASTI recruitment publications. A special meeting should be held for potential members, if numbers so dictate, on the first or second day of the new school term, at which the benefits and positive values of ASTI membership should be presented to them. If necessary, the Honorary Branch Organiser, Community and Comprehensive Advisory Committee member, Central Executive Council member or Head Office Official should attend. A commitment to join should be sought at the outset and the School Steward may collect the completed application forms at the end of the meeting or they may be returned directly to Head Office by the applicant.

Where a teacher, who is not a member of another trade union which is affiliated to ICTU, declines to avail of ASTI membership, the reasons for this particular stance should be sought and the misgivings, if any, dealt with; the benefits of individual membership, the teacher’s obligation to the wider teaching body, the influence and advantages (financial, professional and otherwise) which accrue to teachers through a strong union should all be emphasised.

Where other unions exist within a school, including non-teaching ones, contact should be regular and friendly, so as to ensure that common approaches and/or support will be forthcoming in dealings with management when the need arises. Issues of mutual concern should be processed jointly and the other teaching unions should be advised of any difficulties which the ASTI members are experiencing with management. 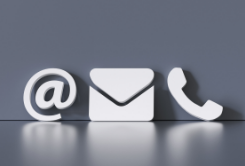 Read about the types of leave for teachers including sick leave, maternity leave and career break.

Find out about the duties and responsibilities of ASTI School Stewards here.

Find the contact details for your Industrial Relations team and other departments here.