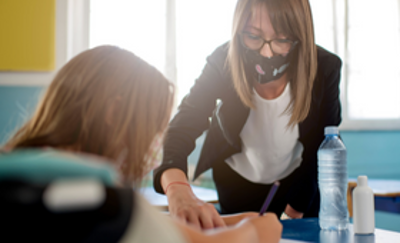 The Minister for Education Norma Foley has announced a suite of measures to alleviate the enormous pressure schools are experiencing sourcing substitute teachers. The ASTI has been calling for such additional measures for some time. Welcome initiatives that have been announced include increased involvement of student teachers, removal of pension related barriers for retired teachers, the release of teachers who are on secondment to Department of Education support services and other measures. Arrangements relating to job-sharing teachers and those on career break have been re-emphasised.

However, the ASTI is strongly critical of a further temporary arrangement being put in place whereby additional payment is available to teachers already working in a school to provide substitute cover hours beyond their contractual obligations, for up to 35 hours prior to February 2022.

The Minister has chosen to construct this scheme on the structures provided by the discriminatory and unequal pay scales that divide and besmirch the profession. Lesser-paid teachers will again be dealt a blow that hits them hard in their pockets. The ASTI calculates that a typical teacher on the Post 2010 pay scale will earn approximately 20% less under the scheme than those on the Pre 2011 pay scale. The Minister has wasted an opportunity to equalise payments across the two pay scales, break with this invidious practice, and consign it to history. Rather she has shown a commitment to perpetuate pay discrimination and inflict yet another attack on this cohort of the teaching profession, some of whom have suffered the ill effects of these arrangements for up to 10 years.

ASTI General Secretary Kieran Christie said:
“This is another indignity being heaped upon lesser paid teachers. We objected to this and we have been met with a dogged insistence on perpetuating unequal pay. It is not too late for the Minister to act and revise the arrangements under the scheme to equalise payments across the two pay scales. We call on her to do so.”

ASTI President Eamon Dennehy said:
“It is deeply regrettable that the Minister has shown an absolute insistence on persisting with the divisive arrangements in schools that unequal pay constitutes. We are positively disposed to any measures that relieve pressure in schools during this pandemic. However, it beggars belief that the Minister seeks to persist with continuing discrimination against the most vulnerable members of the teaching profession.”