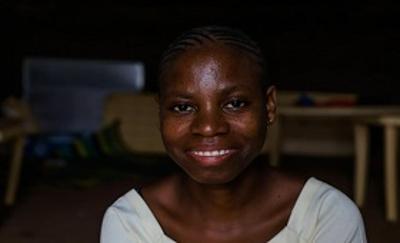 In 2021, 7% of Ireland’s aid budget, or €37,002,000, funded education work globally and Ireland is recognised by the Global Campaign for Education as a role model in terms of the quality of its aid to education. Ireland also just increased its overall aid budget to €1.2 billion. However, the paper highlights how IMF dogma on imposing austerity and cutting public services, including cutting funding for teachers, undermines this aid.

The paper, based on extensive research in 15 countries, shows that IMF austerity policies undermine public services, human rights and the achievement of the Sustainable Development Goals. This trend is likely to continue until at least 2025, when 75 per cent of the global population (129 countries) could still be living under austerity. At least 69 million more teachers are needed by 2030 to achieve Sustainable Development Goal 4 for inclusive and equitable quality education. However, the IMF continues to advise low-income countries to cut their wage bills and reduce teachers’ pay and the number of teachers. This not only undermines this aid from Ireland, but also the right to education in these countries.

ActionAid Ireland, the Irish National Teachers’ Organisation (INTO), the Irish Federation of University Teachers (IFUT), the Association of Secondary Teachers, Ireland (ASTI) and the Teachers’ Union of Ireland (TUI) are calling on the government to recognise that in order to deliver its important focus on education, Ireland needs to challenge austerity from the IMF and ensure its own policies and strong commitment to education are not undermined.

Karol Balfe CEO ActionAid Ireland said: “Education is a powerful tool for breaking the cycle of poverty. Educating girls specifically has enormous and far-reaching benefits, including reducing rates of child marriage, promoting healthier and smaller families, improving wages and jobs for women, and empowering women to become leaders at community and government levels. These austerity policies impact on the right to education and undermine progress made in education. Aid is important, but equally important is challenging macro-economic dogma that undermines the right to education for millions.”

Michael Gillespie, General Secretary of the TUI said:  “The suggestion that you need to cut spending on teachers to improve education makes no sense to anyone working in the education sector. Nothing is more important for quality learning than a quality teacher.”

John Boyle, General Secretary, of the INTO said: “Although we don’t work in a low-income country, we are well aware of the impact of austerity on teachers’ salaries bearing in mind how our members incomes were slashed by successive governments during the last recession. Austerity is a failed policy, with a wide body of research demonstrating the damage this policy imposes on education systems. It must be challenged.”

Kieran Christie, ASTI General Secretary said: “Education is the catalyst for the achievement of all 17 Sustainable Development Goals. Irish development aid rightly prioritises education and is a generous donor to the Global Partnership for Education. Ireland must defend education and advocate for increased funding for education. Moreover, such funding must be directed towards ensuring a quality teaching workforce. The latter requires quality teacher education, a proper salary structure and working conditions which respect teachers’ professional autonomy and practice.”

The paper is based on earlier international research, The Public Versus Austerity, published by ActionAid, Education International and Public Services International, which shows that public sector wage cuts continue to be recommended by the IMF and by Ministries of Finance who adhere to the same neoliberal ideology and economic policy. The research is based on reviewing 69 IMF documents from 15 countries, discussions with IMF economists and a literature review on public sector wage bills.

The research across 15 countries revealed that:

In just those 15 countries, the recommended IMF cuts add up to nearly US$ 10 billion –the equivalent of cutting over 3 million primary school teachers.

In just those 15 countries, a one-point rise in the percentage of GDP spent on the public sector wage bill would allow for the recruitment of 8 million new teachers.

ActionAid Ireland, the ASTI, the TUI, the INTO and the IFUT recommend that: